Within 3 days of placing my order on the Pherazone for Men website, I received my order. The packaging it arrived in was a simple and discreet cardboard box. This is a nice touch as I currently live in an apartment complex and would be a tad bit embarrassed for my neighbor to discover my secret weapon (pheromones). The bottle itself is 25mL or .5 fl oz and based on my usage of the product (roughly 1-2 sprays per day), Pherazone for Men should last me roughly 3-4 months with the same usage. The bottle is what appears to be a high-quality opaque plastic with metal features. Overall the packaging and appearance of the product is great.

Initial tests of the products showed Pherazone for Men worked best in social settings (especially bars) where I was made to be the center of attention. It goes without saying that pheromones aren’t a magical spell and you’ll need to have some social skills, but I definitely noticed a major difference in the attention I was receiving. Even women I had previously met at the bar before, on multiple occasions, were more interested or showed more interest in me when I was wearing Pherazone.

It was a bit odd wearing Pherazone, as I’ve never had the problem of women keeping their hands to themselves before. It was almost as if they felt much more comfortable and excited by my presence. I’m no pick up artist, and I don’t want to be, but if I was interested in meeting new women and having sexual relationships this would be a no-brainer.

Over the course of my 3 months testing this product the most common and notable response I had to the product was the wonderful smell. The scent has an opening of citrus that stands out above the green and cardamom notes and later the dry-down has a more sweet tobacco and woodsy smell. Having a nose for designer scents, I would say this one smells just like Dolce and Gabana’s The One EDT (which is NOT a cheap scent).

The value of this product would be high on my scales as it contains roughly 38mg of pheromones per ounce which translates to roughly $4.99/mg. Newcomers to pheromones should note that real human synthetic pheromones are ridiculously expensive and $4.99/mg is extremely cost-effective.

High Value: The best bang for your buck in the pheromone product marketplace.

Dominate Social Presence: Become the center of attention to women while wearing.

Barrier To Entry: Worth the money. High entry point at $89.95

Scent: Dolce and Gabana’s The One

While there is a higher price to entry with this product, I absolute 100% recommend Pherazone for Men. This pheromone product is a flagship and one of the best the marketplace has to offer. Whether this is your first time dabbling with pheromones, or if you are a seasoned user, this is one you should pick up.

Your experiences might be different from mine, but I doubt it. Friends of mine who I’ve let try have all had similar experiences. If you want a center-of-attention, romance inciting, all around great to wear pheromone product, Pherazone for Men is the one for you.

Summary Best starter pheromone. Best casual wear pheromone. This pheromone is not one you want to miss out on. While a higher price of entry can scare some away, the value of this product makes it well worth it. 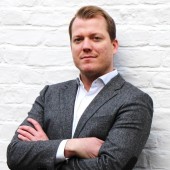 Daniel Leflin is a pheromone enthusiast and reviewer. In his early 30's Daniel has enjoyed the use of pheromones on the dating scene in the United States. Daniel also has hobbies of home flipping and watching the Patriots (NFL) team.